A land of diverse landscapes from cool forests to dry African savannahs to lush grasslands and hot desserts, home to penguins, flamingos, lions, leopards, elephants and a rainbow nation.

This concludes the amazing diversity of South Africa and confirms that most South Africans can speak more than one language.

South Africa is a country with a diverse religious population. 79.8% of South Africans are Christian, 1.5% are Muslim, 1.2% are Hindu, 0.2% are Jewish and 15.1% are non-religious.
The majority of white and mixed-race people (86.85%) are Christians. 79.9% of black South Africans are also Christians; however, many retain the traditional belief systems of their tribes. The Asian-Indian population of South Africa is largely Hindu (47.3%), Muslim (24.7% and Christian (24.2%). The constitution guarantees the freedom to practice his own religion free from persecution.

The culture of South Africa is known for its ethnic and cultural diversity. The South African majority still has a substantial number of rural inhabitants who lead largely impoverished lives. It is among these people, that cultural traditions survive most strongly. As South Africans have become increasingly urbanized and westernised, aspects of traditional culture have declined. Urban South Africans usually speak English or Afrikaans in addition to their native language. Indian South Africans however have preserved their cultural heritage, languages and religious beliefs, being either Christian, Hindu or Muslim and speaking English, with Indian languages like Hindi, Telugu, Tamil or Gujarati being spoken less frequently as second languages.

Modern humans have lived at the southern tip of Africa for more than 100 000 years and their ancestors for some 3,3 million years.
1652: Dutch East India Company representative arrives in present-day Cape Town. Until that day, South Africa was entirely occupied by Africans.
1771: Settlers expanding into eastern Cape begin series of wars with Xhosa tribe.
1795: British capture Cape Colony from Dutch and used it as a strategic base against the French.
1838: Dutch trekkers arrive in Natal province, defeating Zulu army. Proclaim a Boer republic in northern Natal.
1910: The Union of South Africa was created out of the Cape, Natal, Transvaal and Free State. It was to be essentially a white union.
1912: African National Congress (ANC) was founded to protest the exclusion of black people from power.
1913: Native Land Act, cornerstone of racial segregation, divides South Africa into black and white areas.
1948: National Party wins power and introduces apartheid laws.
1961: Nelson Mandela proposes armed struggle. Following year, he is jailed for life.
1977: Black leader Steve Biko dies in police custody. State clamps down on activists. UN imposes arms embargo.
1990: President F W de Klerk dismantles apartheid and frees political prisoners including Mr Mandela and legalises ANC and other banned groups.
1993: UN lifts all but arms sanctions. President De Klerk and Mr Mandela awarded Nobel Peace Prize.
1994: Nelson Mandela became the first black South African President, with his deputies being F W de Klerk and Thabo Mbeki, which started the real independence of South Africa from apartheid.

History combined with a great location has dotted the South African cuisine with some great influences including Dutch, French, Malaysian, and indigenous cultures. If we do a short run of the foods by culture, it would go something like this. Faithful to the indigenous cuisine of Africa, from the Xhosa to Zulu, the cuisine is based on some staples like maize, sorghum and beans, enhanced with vegetables, cooked with onions, peanuts and chilli. In Durban and Capetown, try the African-Indian-Malay fusion cuisine with amazing curries and the famous breyanis. Cape cuisine is a great influence of Malay on Dutch staples, resulting in dishes like bobotie (sweet-and-spicy mince, topped with beaten egg baked to a crust, and served with rice and ‘lekker’ desserts such as the malva (sticky sponge pudding) or melktert (custard-like tart). Finally the Afrikaner brought the traditional biltong, an adapted food for their treks. However, irrespective of where you are, the Braai (commonly known as BBQ) is the must thing to do in South Africa.

Few words to summarise, food and drinks are cheap in South Africa. Make sure to enjoy great meat, seafood, fruits and vegetables and local wines.

The current population of South Africa is 58,054,001 as of June 2019, based on the latest United Nations estimates. The population density is 48 per Km2 (124 people per mi2), making it a sparsely populated country. 63.0 % of the population is urban (36,579,170 people in 2019), that is living in the main big cities of South Africa. The median age in South Africa is 26.3 years, with a life expectancy of 62 years old. The fertility rate as at 2018 is 2.5 children per woman with a maternal mean age of 26.3 years at the time of first birth. This makes South Africa a juvenile population.
To the request of Statistics South Africa, people of South Africa have been classified in five groups with the following results: Indigenous South Africans at 76.4%, White at 9.1%, Coloured at 8.9%, Asian at 2.5%, and Other/Unspecified at 0.5%. The indigenous population is classified at the South African Bantu, among whom are several ethnic groups including the Zulu, Xhosa, Basotho (South Sotho), Bapedi (North Sotho), Venda, Tswana, Tsonga, Swazi and Ndebele. The other indigenous group is the Khoisan with 2 different ethnics, Khoikhoi and San people, who are culturally and linguistically distinct. The whites are European origins. Coloured are the mixed race and Asians are of Indian and Chinese origins.

Places to Visit in South Africa 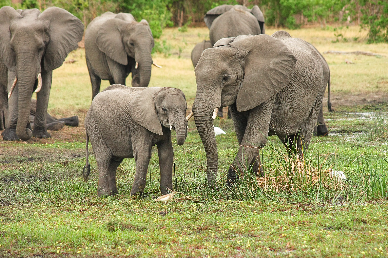 Kruger Park is South Africa's is one of the largest game reserves in Africa, where one can see all Big Five: Elephant, Lion, Rhino, Leopard and Buffalo. It is also the home of many mammals, birds and a diverse fauna. It is a year-round destination, offering safaris from budget to luxury experiences. 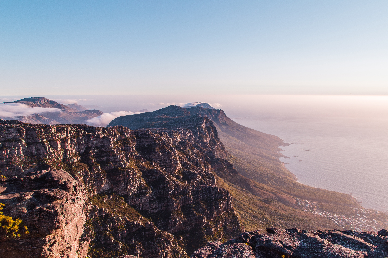 Table Mountain is the most iconic landmark of South Africa. It is believed to be one of the oldest mountains in the world and impressively overlooks the city. It is also home to more than 1470 floral species, many of them endemic to the area. Best to get to the mountain top is by cableway. 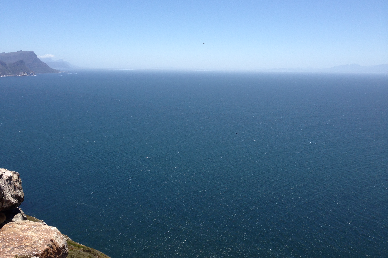 The Cape of Good Hope is a rocky promontory off the south coast of South Africa, often mistaken to the most southern tip of Africa. It is one of the must see places when you are in Cape town, as the landscape is simply stunning. The feeling of being at the end of the world is impressive. 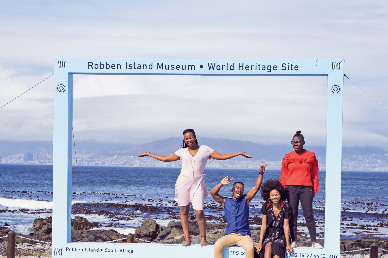 Robben Island is a South African National Heritage Site as well as a UNESCO World Heritage Site. It is an island that relates a sorrowful history, making it a must do when in Cape Town. It is where South Africa’s first democratically elected president, Nelson Mandela, spent 18 years of his 27 years of imprisonment. 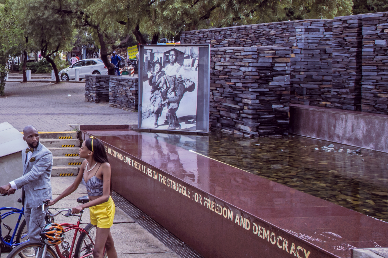 Soweto – “A City Within A City” Soweto is infused with the history of the struggle against apartheid and humming with the energy of the city of gold. It was once a town of temporary residents only. It is today a must-see. Sites to visit are the Apartheid museum, Mandela house, Hector Pieterson Museum, the Orlando Towers. 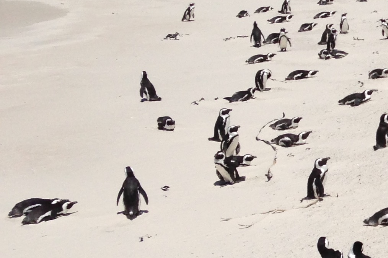 Home to a protected colony of amazingly cute penguins. Boulder’s Beach is the only place in the world where you get close to African Penguins and is also one of Cape Town’s most visited beaches. Remember to take a walk along the beach, the sand is remarkably fine, a real natural treat to the feet.

1. Beer is South Africa’s unofficial national drink. 2. South Africa is known for its internationally acclaimed wines, make sure to try some. 3. Rooibos is a made in the Cederberg Region of the Western Cape and is lovely as infusion. 4. The Amarula, a sweet and creamy liqueur, made from the fruit of the Marula tree.

Chakalaka and pap are mainstays on every South African dinner table. Chakalaka is a vegetable dish made of onions, tomatoes, peppers, carrots, beans and spices, and is often served cold. Pap, meaning 'porridge', is a starchy dish made from white corn maize. Most-loved South-African snack, is of course biltong, dried cured meat.

Braai (BBQ) of course. This is like a National sport in South Africa. Even the National Heritage Day is referred to as National Braai Day by the locals. 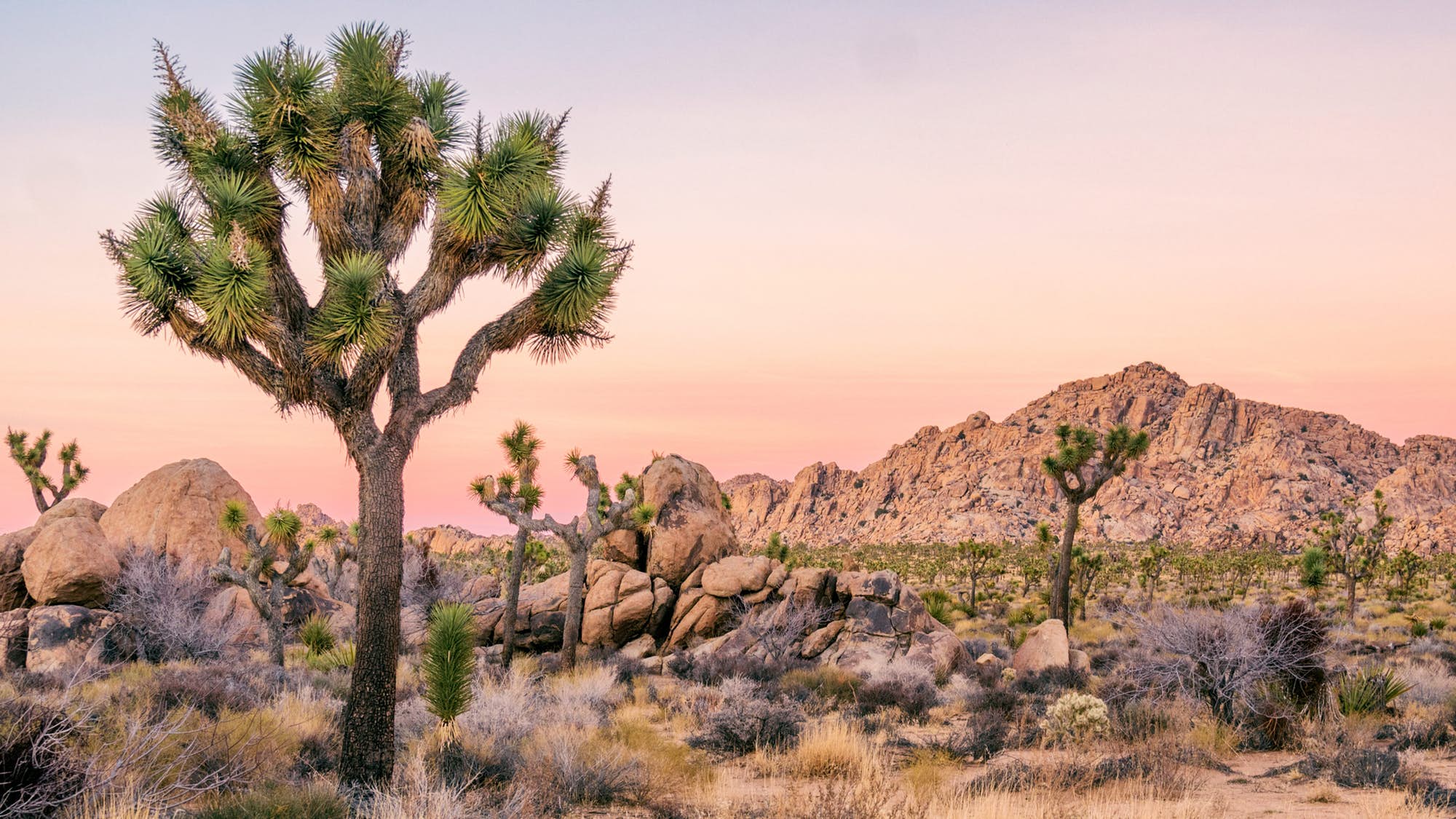 Things to do in South Africa

When is the best time to visit South Africa?
South Africa is a year round holiday destination, so it will all depend on the type of experience you are looking for. Different activities are better suited to different seasons.   For the best game watching, visit during spring (August – October), however for all other tourism South Africa is best visited from spring through summer and early autumn (mid September – early May).
Do I need to take malaria precautions?
Most of South Africa is considered “Malaria Free” areas. However the north-eastern areas of the country, including the Kruger National Park, are seasonal malaria areas between November and May. If you are traveling to Victoria Falls as part of your trip, then you are strongly advised to take malaria precaution. Consult your doctor before embarking on a trip to South Africa.  Ways to prevent malaria include:  1 Using a DEET based mosquito repellent  2) Covering your skin with long sleeved clothing, especially at dusk.
Is South Africa safe?
South Africa is normally a safe country to travel in, when you are visiting as a tourist. There are some precautions to take as in any other country. Do not wear expensive accessories or watches, and take particular care with your passport. Pay attention to the advice of your tour leader and hotel reception and take common-sense precautions such as not going into unfamiliar areas alone, especially at night. Guides will monitor your safety in cities and in the game areas. Moreover, regular generalized travel statements are issued concerning travel conditions in the area. Always check with the Department of State for any current travel announcements or alerts.
Is South Africa a good destination for solo travelers?
Yes! A solo traveler is welcome to join any set departure date for the safaris. The nature of the programs creates an environment where travelers are coming and going from lodges, but there is always a group activity to participate in.